Japanese people often refer to part-time workers as part（ぱーと） and Arbeit（あるばいと）, but there is no strict difference.

There is no legal distinction between ぱーと and あるばいと workers, and both are legally classified as "part-time workers." Part-time workers are "workers whose regular working hours per week are shorter than those of regular employees employed at the same place of business."

So how do Japanese people use the word properly?

Students such as high school students and college students whose main business is studying, and young part-time workers, called "あるばいと" the work to make money,

Almost all Japanese people assume that あるばいと = young people teens to 20s such as students".
The etymology of part-time jobs is said to be "arbeit", which means work or work in German.

ぱーと is an abbreviation for "part-time" in English.

ぱーと ／ あるばいと workers are classified as part-time workers and are protected by part-time labor law. 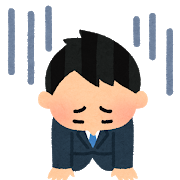 How are Japanese people working at Japanese companies laid off?

What is a agreement（就職協定） bet university and company in Japan?

You can meet Japanese career consultant at Metaverse world!

How can I prepare questions "逆質問" in Japanese interview

How do Japanese people work after retirement age 60?

Did Japan recover from the coronavirus?

5 things you shouldn't ask in a Japanese job interview