According to DODA(Japanese recruiting service, 2019)

What is characteristic of Japan about the reason?

What is characteristic of Japan is that salary dissatisfaction does not come first.

In past surveys conducted by other survey companies, salary dissatisfaction is extremely rarely cited as the number one reason for changing jobs.

This is also the reason why Japanese people often change jobs until their salaries drop.

One of the reasons for this is that

it is peculiar to developed countries, but it is rich enough at the basic level of living.

It is true that the majority of people do not have to worry about raising or lowering their salary. However, it is certain that some workers are living on the edge of their lives.

The other reason is a Japanese sense of equality. Many Japanese people have the impression that it is not good for people of the same age who want too much annual income.

The following news about NEC(Japanese IT company)released in 2019, which caused a big shock to society.

In order to secure excellent human resources, NEC announced in October that it will provide research workers with salaries that may exceed 10 million yen in annual salary for new graduates. This is shocking the technical and research workplaces.

How to retain Japanese employee

So what is good idea to retain Japanese employee?

Most typical Japanese people value relationships and a sense of belonging. Among them, being rewarded is the most important factor for Japanese people.

Of course, some people are greedy for salary, but the basic strategy should be to communicate well and help them find their job worthwhile. 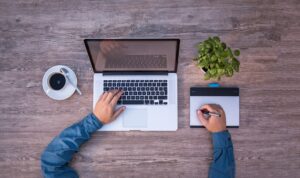 How is SNS user population in Japan ?

What is Hatarakikata-Kaikaku（働き方改革）"Work style reform"?