A employment agreement（就職協定） is a voluntary agreement(not legal binding) regarding the employment of a company that is concluded between a company that hires new graduates and a university. Due to the shortage of labor force, company recruitment activity was accelerated to launch in order to secure the hiring of students who are planning to graduate

However, the school decided to establish a employment agreement because too early recruitment activity would hinder their studies.

This is probably due to the Japanese culture of recruiting university and high school graduates all at once. I think that many countries other than Japan do not have such a gentlemen's agreement, and students independently contact the company and start selection.

First of all, in the current job hunting rules, the opening date for new graduate recruitment activities is set as follows.

Many Japanese students are aware of this employment voluntary agreement.

However, it is too late to wait until each recruitment activity starts seriously, so it seems that they will voluntarily meet with the person in charge of the company (OB) and start collecting information from the winter of the third grade.

It can be said that most Japanese companies follow the rules. However, it seems that the company wants to contact excellent students as soon as possible, so they may meet in secret without waiting for June.

In Japan, it is well known that the informal ceremony for recruited students will be held on October 1st.

Of course, as of October 1st, the offer will be offered and not officially hired, but unless the student commits a crime, the offer is rarely canceled.

On the contrary, it is possible for students to decline a job offer. However, companies recognize it as a valuable labor force, so avoid declining after October 1st as it often causes trouble. 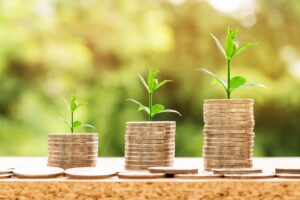 Will Japanese intensively telework during the Olympics?