"Taikukai-kei" is originally one of the categories of extracurricular activities such as universities. In turn, it is a general term for people who belong to them and their personalities and temperaments.

It is characterized by mental theory, guts theory, hierarchical relationship, and emphasis on physical fitness. In particular, many Taikukai-kei students belong to the baseball and American football clubs, and for girls, the cheerleading club. The antonym is "文化系 Bunka-kei".

By the 1980s, in Japan, being in Taikukai had a great advantage in finding employment.

At that time, the recruitment system in which seniors of the athletic club attracted juniors to the company was at its peak, which also helped make the company Taikukai-kei.

However, in the present age of 2021, the term Taikukai-kei itself is often taken negatively. This is because top-down culture and excessive spiritual theory do not meet the demands of the times.

Being in Taiikukai-kei isn't going to be negative, but at least being in Taikukai-kei won't give you an advantage in job hunting. 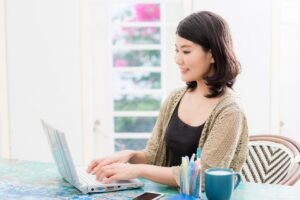 What is the average annual income of a Ninja?