How can I be promoted to manager at a Japanese company? In this respect, there may be some differences from US/Western companies. First, for large, in terms of relatively large-sized companies, there are usually exams to promote to manager. In Japan, where the culture of lifetime employment remains, Japanese managers want to carefully screen promoted people.

Regarding the contents of the manager exam, although the policy varies depending on the company, the following exam seems to be common.

❶Basic ability test It mainly uses a written test to check logical thinking, vocabulary, and English proficiency. The test is about 60 minutes. With this, you may not be able to proceed unless you get a score above a certain standard.

❷TOEIC This is a case where the TOEIC (English test) is conducted until the above is not implemented. Also ,unless you reached score above a certain level, you are not eligible to promote to manager usually.

The criteria for TOEIC score for promotion to manager, which is a guideline for Japanese companies, are as follows.

However, I have to say that the level of English ability to become a manager is still low in the world comparison. Even if you can get 730 points with TOEIC, most people can hardly talk in business.

❸Paper Some companies impose candidates to write papers. The general theme is "About the company's future strategy".

❹Interview with Executive officers In fact this will be common practice. However, some personnel departments consider it a problem because it is judged by the likes and dislikes of executive officers.

Depending on the company, it is said that in the past like 20 years ago, about 70% to 80% of candidates passed the managerial position. The meaning of the managerial exam was to shake off the unsuitable.

80% of Japanese people no longer want to aim for managerial positions.

Furthermore, in the current situation, 80% of Japanese people no longer want to aim for managerial positions.

This is for now.
❶ The Salary does not go up that much
❷ Responsibility increases significantly and you become busy
❸ Authority does not increase

Due to the above, recently, the number of employees who are not promoted to managerial positions in the company and work in parallel in side jobs is increasing. 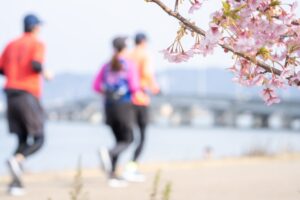