This change in employment contract will drastically reduce salaries for many seniors. The monthly wage is about 200,000 to 250,000 yen, which is better than the minimum wage. Even so, many Japanese office workers often renew their contracts.

Consideration of extending the retirement age itself or extending the employment period in the future is proceeding at the government level.

In the future, the possibility of a 70-year-old retirement age system is being explored, but in reality it is unlikely to be realized yet.

The difficulty is the inability of the employer to hire. If the company continues to hire seniors too much, hiring younger generations will be curtailed. This is a difficult problem as the number of Japanese companies with a strong presence in the world is decreasing.

On the contrary, there is a company in Japan that has announced a policy of not hiring seniors at the age of 45. The opposite phenomenon has caused a great deal of controversy.

"How old do you want to stay in the company?",

If you ask a Japanese office worker over 50 years old,

"How old do you want to stay in the company?",

Japan has little practice of retiring early and starting its own business. It may increase in the future, but most people now take the option of staying at the company even if their salary is low.

What is the TOEIC score required for managers in Japan? 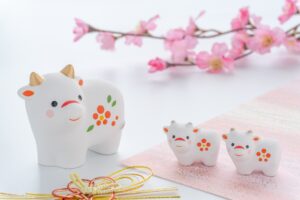 How to take a lot of annual paid vacation in Japan