As of September 2021, about 20% of the population is said to be unacceptable or wait-and-see population.

The true intentions of Japanese people are quite difficult. Originally, they are not the people who assert their opinions clearly, so there is a high possibility that many people will flow in the direction of their direction.

In Japan, some people have not yet been vaccinated, while others are cheating that "I have been vaccinated." This is to avoid the risk of being shunned if he is not vaccinated. Therefore, the exact population must wait for public announcements such as the government.

However, the Japanese are a country where freedom is relatively respected. There are still few occupations that require vaccination. Private companies, in particular, are fairly cautious about making it mandatory, with some exceptions.

Originally, Japan has not given much power to the government because of the reflection of the Second War. Therefore, it will be very difficult to make it mandatory under the initiative of the government like other countries. Not locking down the city will also have an effect.

In any case, the vaccine controversy continues.
The death toll from corona infection in Japan is 15,000, but the death toll after vaccination is 1,000. Not one in fifteen suffered from corona and may have disappeared with vaccination (the government has not announced that it is relevant or not), taking this figure into account. In reality, many people avoid vaccination.

What is Over 100 working style in Japan? 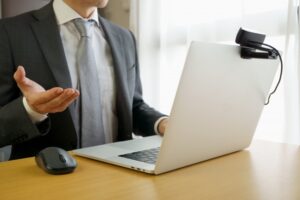