The era in which nearly 90% of the people working in Japan were employees（さらりーまん） continued for a long time. These people are called salarymen in Japan and have become the driving force of Japan's growth. However, even in Japan, work styles that do not rely on employment have gradually taken root. Freelance (including side jobs) From 2019 to 2020, it will increase by 150% and is said to be 15 million people.

This number may increase but not decrease. Nearly 50% of Americans have already evolved into freelance work styles.

100 ways of working in Japan

Even in Japan, we are no longer in the age of working for the same company, the same job, and the same place for 40 years. We are entering an era of working diversification. So, I showed how to diversify work styles in Japan, so it's Career Cube.

First of all, in Japan, most of the working status is still "employment (fixed term, indefinite period)", but in addition to that, "dispatch", "business consignment (individual business owner, freelance)", "participation (NPO, etc.)", " There are statuses such as "Appointment (public servant)".

There are five statuses that work above.

Next is the working theme. This is divided into five categories, "supervision," "management," "independence," "stability," and "service," based on famous career anchors, career themes, and motivational theory. In the past, it was a good example for Japanese people to aim for "supervision", but now it is common for them to have different values.

Also, the last place to work is diversified. There are choices of "domestic office", "remote work (home)", "hometown", "overseas", and "WEB space", and you can choose any of them. Unfortunately, remote work has not yet penetrated the Japanese, and it is said that it accounts for about 20% of the total. 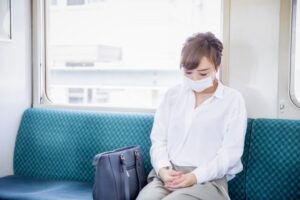 What do Japanese people think of corona vaccination?