Is the performance bonus(incentive) negotiable in Japanese company?

Many foreigners may be wondering if bonuses, the so-called Short term incentives, can be negotiated in Japan. The simple answer is that in the case of traditional Japanese companies, it might be quite difficult to negotiate the bonus amount itself in Japan.

This is because the bonus payment method is often set by the company and is determined based on your basic wage and personnel evaluation.

Of course, if you are dissatisfied with the performance appraisal , you can negotiate about it.

However, it will be difficult to negotiate the amount itself. Also, as a uniqueness of Japanese companies, your boss does not have much power to determine your incentive amount. The power to pay additional incentive amounts is a top-level issue in the Human Resources department and they rarely makes individual adjustments.

Let me give you an overview of Japan's bonus payments.

First of all, Japan is not called an incentive, but a bonus（ボーナス）. Legally speaking, bonuses are not rights stipulated by labor law. Therefore, there is no penalty even if the company does not provide it.

According to the practice of large companies, bonuses are paid in two installments, generally in June and December each year.

However, there seems to be a question,

"Many Japanese seem to get a bonus every year, why is that?"

This is because many Japanese companies, especially large-sized ones, have customary deals between their employers and their employees. It is customary, but this bonus payment is interpreted as a deferred payment of wages.

In many Japanese companies where work unions are organized, there are also arrangements with the trade union, so it is not easy to waive for companies to pay bonuses to employee. Conversely, if the company want to reduce bonuses amount, the target will be a manager, not a union members like staff. Therefore, bonus payments are not legally guaranteed, but they are paid as fairly strong custom.

How to determine the bonus amount in Japan

Since there are no legal standards, each company has different ways to determine bonuses amount in Japan. The popular way is to decide based on how many times to the base salary amount. Often, negotiations with the labor union begin around March in Japan every year, and occur debates about whether to increase the average bonus level by 3.0 times or 4.0 times to base salary for example.

■The amount of 6 months will be decided by reuters.com

The overall average of Japan will be taken up by the media and announced, but it seems that the bonus average in the summer of 2021 was 439,000 yen, down 6.3% from the previous year.

■Amount of summer bonus on 2021 by pritimes.jp

As for official announcement of Bonus amount, you can check the average level on Keidanren site.

The reason that it is hard to negotiate bonus individually

Due to such a mechanism, it is very difficult in Japan to decide whether or not to pay bonuses individually and the amount.

Even if you want to individually negotiate with your boss, say like

"I have achieved the KPI in this term, please raise the amount!", It is usually difficult to change the amount in most cases. Of course, I suppose it might be possible for a small-sized company with a few employees, but it is difficult for many SMEs and large companies to negotiate it.

The only way you can get more incentive in Japan

The best way to get more bonus is to promote to the upper job grade so that you can be paid on more attractive rate.

If you want to drastically increase the bonus amount, to change jobs to an industry or company with a good overall bonus level should be the best way. 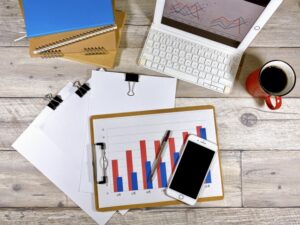 Can the company buy paid leave in Japan with money?