The "souvenir" is originally meaning a local product, and was called "tosan" or "dosan".

The "souvenir" has a unique Japanese culture that is somewhat different from the foreign cultures you buy for yourself, such as "Gift". Japanese "souvenirs" are mainly bought to distribute to others, not yourself.

Do I need to buy Omiyage for Japanese colleagues?

It is famous that many Japanese people buy and distribute souvenirs. Whenever you go on a trip somewhere, it's a tradition to buy souvenirs and give them to your colleagues and friends.

Do foreigners think they have to give out some souvenirs to their colleagues and friends every time they go somewhere?

The answer is that it's not always necessary.

Some Japanese people have a policy of not giving out souvenirs to their colleagues these days.So, do not worry if you missed to buy "Omiyage".

However, giving out souvenirs is certainly received favorably. If you give some souvenirs to your boss or colleagues in other departments who are usually difficult to talk to, there is no doubt that they will be well received.

Three things you should not give to Japanese as souvenirs

In Japan, where the house is relatively small, even if you get a figurine, it is difficult to find a place to put it. The bigger it is, the harder it is to take it home. Don't hand over large figurines, even if they are expensive. Food souvenirs are the most popular because they can be consumed.

You should avoid rare sweets from your hometown or country of origin. Hygienic and food-conscious Japanese people will be shunned. Of course, there are certainly Japanese people who are interested in such rare foods. However, the majority tend not to like such foods. Japanese people who tend to be careful may say, "This looks delicious," but they are not very happy in their minds.

Souvenirs should be something easy to share. If you get something expensive, the Japanese will suddenly become awkward or may refrain from receiving it. As a standard, an assortment of sweets for about 1000 yen per person is too expensive. It can be distributed in small portions, and the budget per person should be around 100 yen.

You don't have to overstress buying souvenirs. In Japan, you can buy it as a communication tool if you feel like it.

Drop in working in Koenji, Japan 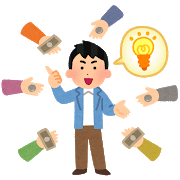 How is the bonus calculated in Japan? Will I be paid?